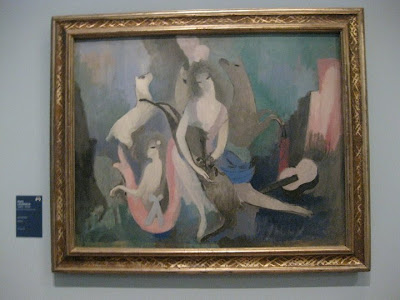 A message and photo just received from a student of a course I taught this spring at a university in DC. It was similar to Dance Appreciation but called “Understanding the Dance”

Dear prof Mattingly,
I recently arrived home to Miami after spending 8 days in Paris… I wanted to email you after this trip to tell you how much your class altered and positively enhanced my perspectives. There were multiple instances in Paris where dance occurred and my family was shocked at my fascination and knowledge about the dance. Most importantly I want to thank you for giving me the privilege to make my mother’s jaw drop in shock of my knowledge especially after our tour guide asked if we knew why Louis XIV had a sun around his head in multiple statues and paintings and I was able to explain all that you taught me in class. We also toured Versailles, which was beyond incredible and it was amazing to be able to apply the material learned in a classroom to the actual place where the history occurred. I immediately asked if we could see where Louis XIV would perform his court ballets and it was beautiful. Because of your class I was also able to explain to my older sister how Louis XIV's dances were a way for him to enhance his power as a king while simultaneously pleasing the noble class.
This also allowed me to relate other objects in Versailles to the power that Louis XIV aimed to achieve. Another moment in Paris when your class benefited my trip was at an impressionist museum where Monet, Picasso (blue years) and a painting by Marie Laurencin were present. The audio guide informed us that this painting "Les Biches" was inspired and influenced by the Ballets Russes and yet again I was able to impress my parents with my insight on the innovations of the Ballet Russes. Lastly, when we visited the Eiffel tower there were a group of 5 guys playing a boom box and breakdancing while also performing already choreographed dance routines. I began recording on my camera and yet again my parents were wondering where this fascination with dance came from. I recorded the dance because it was not only a way for these men to earn some extra euros but also brought about 70 strangers together in a circle who were all cheering and enjoying this performance beneath the Eiffel tower.
Your class truly enhanced my trip to Paris tremendously and will definitely affect me in the future. Not only did you teach me dance history but also taught me to apply the history to the context of the society during the appropriate centuries.
I just wanted to thank you and let you know that your class made me further appreciate dance and realize how tremendously it reflected and still reflects social classes and societies as a whole.
Thanks again,
Melissa L.

I attached the painting inspired by the Ballets Russes
Posted by kate at 12:26 PM